A member of the EAAF working in exhumation. Photo shared publicly on Facebook.

The Argentine Forensic Anthropology Team (EAAF), a non-profit scientific NGO, was nominated for the 2020 Nobel Peace Prize for its investigative work into human rights violations in Latin America, Africa, Asia, and Europe. The Latin American Council of Social Sciences (CLACSO) and the National University of Quilmes (UNQ) put forward the nomination.

The EAAF was created in 1984 through the initiative of American anthropologist Clyde Snow, with the purpose of supporting the NGO Grandmothers of Plaza de Mayo in their investigation into cases of missing persons during the military dictatorship in Argentina (1976-1983). In 1986 they expanded their activity beyond the country’s borders and have participated in missions in over sixty countries around the world to date. The EAAF pioneered the use of forensic sciences — and especially forensic archeology and forensic anthropology — in the documentation of human rights violations. 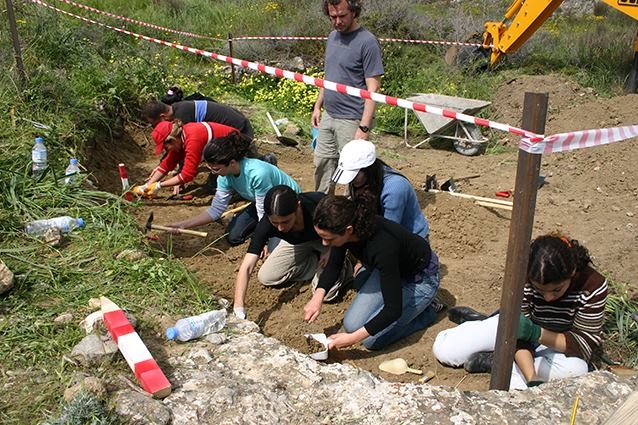 EAAF members at work in exhumation in Cyprus, 2006. Photo shared publicly on its Facebook page.

One of EAAF’s most important international expert investigations was about the mass kidnapping and disappearance of 43 Ayotzinapa Teachers College students in September 2014, in the Mexican state of Guerrero. They were specifically requested by the victims’ relatives, and their investigation garnered considerable controversy because it contradicted the official version given by the Mexican government. The search for the students is ongoing.

Along with the organization Justice for Our Daughters, the EAAF conducted another Mexico-based forensic investigation in order to bring justice to hundreds of women who were killed during the 1990s in Juarez, a city bordering El Paso, Texas, in the United States. In South Africa, the EAAF has collaborated with search and identification efforts on behalf of apartheid victims since 2007. In El Salvador, they unearthed thousands of victims’ bones from the 1981 Mozote massacre that was perpetrated by the Salvadoran Army which the EEAF cited in its testimony in the court. 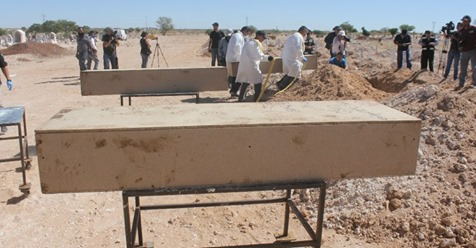 The EAAF in a search and identification mission for missing persons in Chihuahua, Mexico. October 2019. Facebook public photo.

Back in Argentina, along with the search for the people missing from the dictatorship era, the EAAF also participated in identifying Argentine soldiers buried as “NN” (for “no identification”) in the Darwin Military Cemetery in Malvinas, Falkland Islands.

Their work also spans numerous cases of femicides, human trafficking, political and ethnic crimes, and complex cases such as the 1994 attack on the Mutual Association Israelita Argentina (AMIA). In addition, they teach forensic anthropology courses in Argentina and in other countries as well.

The EAAF’s most valued fundamental principles are, above all, a respect for the wishes of the victims’ families and their communities, and an attention to scientific precision which has won them great international prestige over their 36-year history. They are known for their considerable sensitivity through every step of the process, from the initial report and investigation to the exhumation and identification of remains and resolution of the case.

Every recovered bone and identified remainder is a triumph of truth and justice that is essential to nourish the memories people carry with them throughout the rest of their lives and onward to further generations. The Nobel Peace Prize would be a recognition of not only the flawless trajectory of its members, but of each of the cases in which they are involved, and each family member who has placed all of his or her trust in them and received their helping hands.

Udemy Claims a Valuation of $2B Billion and Announces 5,000 Corporate Clients